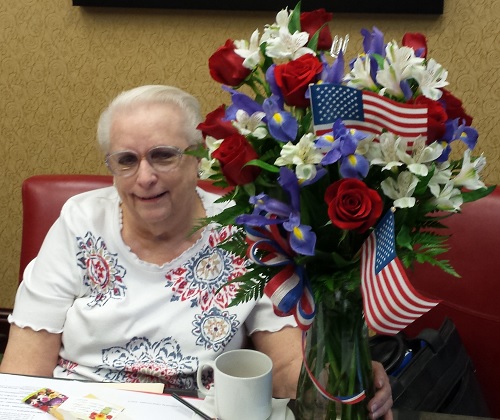 I remember attending my first CRCEA Conference as just a member. I knew few people but was almost immediately welcomed by a lady who introduced herself as Dorothy Leuking, the CRCEA Secretary.

Dorothy welcomed me as a “new face” and was genuinely pleased that some new members were coming to the conference and becoming involved in CRCEA. At that point, I didn’t know that I was going to “become involved” with CRCEA.

At the urging of George Shoemaker and Jim Feeley, I periodically attended meetings of the Executive Committee in Los Angeles. Once again, the first one to welcome me was Dorothy. She made me feel welcome and encouraged me to fully participate in all aspects.

At a meeting of the Executive Committee following the death of CRCEA President Bill Kirkwood, it was Dorothy who made a motion to nominate me to fill the position of Vice-President since Bill DeLaGarza had vacated that position to fill the President role. Although somewhat surprised, I accepted.

It was then that I realized where the glue that held the organization together was — it was the history, the compassion and the drive of Dorothy Leuking! 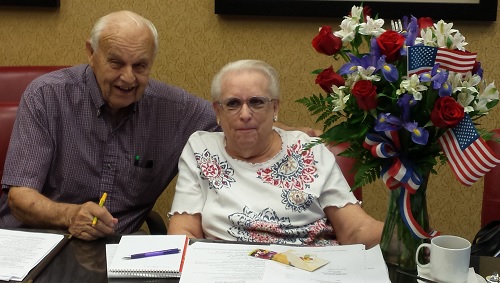 Dorothy with her husband of nearly 60 years, Ted.

Dorothy was the one I leaned on. She knew nearly everything about the organization and all the people who could be contacted in order to accomplish the tasks and goals of the organization. And standing right beside her was her loving husband, Ted, who not only fully supported her, but also supported CRCEA even though not a direct member. You could tell instantly that they were a team.

Since that time I have been saddened by two things relative to Dorothy.

First, as her health issues progressed, she had to give up the position of CRCEA Secretary. But in the character of Dorothy, she found a perfect candidate and convinced Virginia Adams to accept the position.
Second was the fact that her health continued to deteriorate which ultimately took her from us.

Dorothy Leuking will always be a legend of this organization, and she deserves all the praise and good words that are sent in her direction.

Wanna bet that she is organizing all the CRCEA members that reside in her new neighborhood? That’s the woman I know…

All you need to do is sign up for their exclusive rewards program underneath the CRCEA Group #474564. In addition to receiving access of up to 80% savings, you’ll also receive a $100 onboard spending credit as an exclusive benefit for joining this program.

To start saving today, sign up for your individual pin number at: http://www.crucon.com/corporate_benefit_program.htm. Be sure to enter CRCEA’s Group #474564.

Once you receive an e-mail with your individual pin number, you’re in!

Reference your pin number when calling CruCon to book at 1-800-493-6609 and your exclusive offers will automatically be applied.